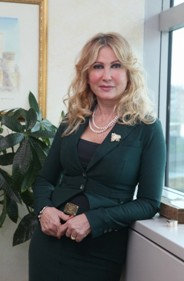 She graduated from Medical School at “La Sapienza” University in Rome and afterwards skilled in Ophtalmology. In 1982 she started her career at the Department of Health, dealing with issues on an international level. In 1984 she started working at the General Management of Pharmaceutical Service, being in charge of the evaluation of medicines clinical tests, as well as of the medicine surveillance activity.She later became Vice Ministerial Councilor at the General Management of Public Hygienics, as well as Director of Second Division at former Hospital General Management, inside the Department of Health, dealing with emergencies and maxi-emergencies.

During her career, Marcella Marletta held also the role of Director of the Department of Medical Devices (1997) and Director of the Department of Health Products inside the General Management of Medicines and Medical Devices of the Ministry of Health (2004). Alongside her main job, she holds important institutional roles, such as President of several Technical Boards and Member of Ethic Committees, as well as MDEG, MSOG and CTEG representative in Brussels.

She is Competent Authority for HTA and also Professor of Cosmetic Law at the Medical Faculty “A. Gemelli” in Cattolica del Sacro Cuore University in Milan. Marcella Marletta is also Member of the National Anti-Counterfeit Council, holding also the role of HTA’s (Health Technology Assessment) Italian Focal Point.